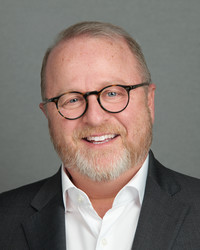 Mr. Londoner founded BioSig Technologies, Inc. in February 2009. Mr. Londoner is the Managing Partner of Endicott Management Partners, LLC, a firm dedicated to assisting emerging growth companies in their corporate development and investing needs since 2004. From April 2007 to October 2009, Mr. Londoner was the executive vice president of NewCardio, Inc., a silicon valley based cardiac software company. Mr. Londoner also served as a Director and the architect for the turnaround at Alliqua BioMedical, Inc. (Nasdaq: ALQA) from May 2012 to March 2014. Mr. Londoner is a co-founder of Safe Ports Holdings, LLC, in Charleston, South Carolina, a port security and logistics company. Started in July 2005, the company built and sold an inland port development project to Dubai Ports World. The sale, in the fall of 2007, was for almost six times what investors had invested. Mr. Londoner is a member of Safe Ports Board of Directors. Mr. Londoner was the founder and managing partner of Red Coat Capital Management in New York. Founded in late 1996, the hedge fund (long/short equity strategy) grew from its initial base of $ 2 million in assets to a peak of $ 1.1 billion. Mr. Londoner started his investment career at J. & W. Seligman & Co., Inc., a leading institutional money management firm where he rose from research analyst to managing $3.5 billion in mutual funds, pension funds, and international assets. He joined Seligman in 1991 and left in 1997. Mr. Londoner graduated from Lafayette College in 1989 with a degree in economics and finance and received his MBA from NYU's Stern School of Business in 1994, with a dual major in finance and management. Mr. Londoner just celebrated his 25th wedding anniversary and has four children. Mr. Londoner has been working with Lafayette College to develop and expand a summer internship program designed to provide undergraduate students with high-value summer employment in leading growth industries in the U.S. 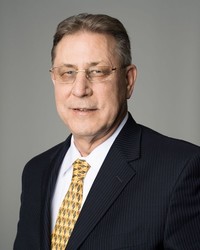 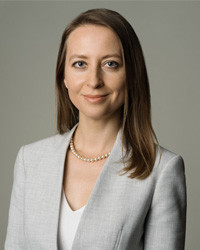 Natasha Drapeau (formerly Russkina) has been with the Company since May 2017. She has been primarily responsible for building a foundation for our future European operations out of Geneva, Switzerland, but has since moved into a more central role within the Company. Mrs. Drapeau works closely with our Board of Directors and our strategic partners, including medical centres of excellence and IP advisors, on identifying high potential opportunities for the Company and collaborates with our internal teams on various aspects of our ongoing advancements, such as team expansion, organizational development, operational activities and stakeholder communication. Mrs. Drapeau has over 15 years of experience in international business development, including over 9 years at IG Group Plc, a leading British FTSE 250 financial services company. During this time, she was responsible for the Group’s global business development successfully delivering a number of high-level projects from opening new international branches to global rebranding, and providing all initial and ongoing business support to 16 international offices in Europe, South Africa, Singapore and Australia, a business sector, which accounted for 40% of the Group’s revenue. During her career, she had been appointed by the Board of Directors to open a new IT development office in Eastern Europe and was responsible for all parts of operations. During this assignment, the office grew from 14 inherited members of staff to over 135. Mrs. Drapeau holds two MSc degrees with honors in Management and German from Samara Academy of Economics, and a certificate in Business, International Relations and The Political Economy from The London School Of Economics. Mrs. Drapeau is a member of the Institute of Directors in the United Kingdom. 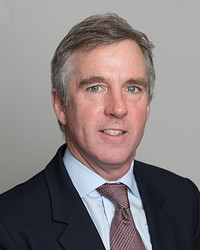 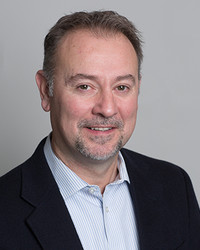 Dr. Keenan brings to the Company over 20 years of experience in R&D, product development and commercialization and deep industry expertise in a range of sectors, including neuromodulation, deep brain stimulation, sensing, imaging and cardiac pacing. Biomedical engineer by training, Dr. Keenan spent over 9 years at Medtronic Diabetes, where he was responsible for all algorithm development, and successfully developed the algorithms for the MiniMedTM ParadigmTM VeoTM, first semi-closed loop system, and iProTM2  Professional Continuous Glucose Monitoring (CGM), glucose monitoring algorithm. One of the highlights of Dr. Keenan’s career was development and successful clinical evaluation of the MiniMedTM 670G, the world’s first artificial pancreas. This invention became one of the top revenue generating products for Medtronic and the research was featured in Time magazine’s 25 Best Inventions of 2013 and 2016 and named as one of the Best Medical Technologies of 2016.

Since 2014, Dr. Keenan has been actively involved with the Alfred Mann Foundation for Scientific Research as CTO and Vice President of Research & Development, and later as a Board Member of the Alfred Mann Institute for Biomedical Engineering. During Dr. Keenan’s engagement with the Foundation he managed an R&D department of over 40 scientists and engineers consisting of software, firmware, electrical, mechanical and ASIC groups developing innovative medical devices, implanted neuromodulation and sensing systems.

Dr. Keenan is a winner of several awards, is a Medtronic Technical Fellow, and is being inducted into this year’s College of Fellows of the American Institute for Medical and Biological Engineering (AMIBE). His team at Medtronic won Technical Contributors of the Year for their work in the Artificial Pancreas, which also achieved ‘Best of What’s New’ in the health category by Popular Science. Dr. Keenan is an inventor of 39 patents and authored over 30 scientific manuscripts and book chapters.

Mr. Kowalski brings to the Company over 30 years of experience in medical device sales, including over 20 years at Biosense Webster, a Johnson & Johnson company. Most recently, he served as Northeast Area Director, a role, in which he was responsible for leading six high-performing cardiac electrophysiology catheter and equipment market sales teams, consisting of 140 sales and clinical support employees. Mr. Kowalski helped drive $175M of disposables and system sales and has consistently exceeded area sales objectives. Having led U.S. strategic planning teams in his previous roles, Mr. Kowalski brings to BioSig proven track record in identifying key business growth opportunities within the cardiac electrophysiology market.

Mr. Kowalski is a holder of numerous Biosense Webster leadership awards, including a record 18-year Founders Club Award, and several “Area and Region of the Year” awards. 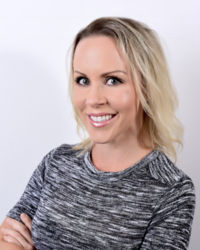 As Vice President of Administration, Ms. Mikolaitis' role encompasses a wide range of duties that began with co-writing the business plan to now co-writing marketing materials and SEC filings. She supports many of the departments of the Company including shareholder/investor/public relations, accounting/finance, legal, marketing, human resources, and research and development. Ms. Mikolaitis is also President of Miko Consulting Group, Inc., a firm that provides marketing research and administrative support to life science companies. 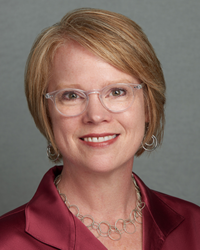 Mrs. Stephenson brings to BioSig over 20 years of cardiac device technology experience having served in various clinical, sales, and marketing roles at Medtronic, Boston Scientific, and Guidant Corporation. Most recently, Mrs. Stephenson served as Director of Medical Education at Medtronic, a role in which she developed and delivered over 10 national peer-to-peer education programs annually and was responsible for numerous other supplemental educational resources for EP fellows. This work included collaboration with internationally recognized physician leaders. Other highlights of Mrs. Stephenson’s career with Medtronic included supervising the contracting and honoraria processes, serving as the Medical Education Liaison to Latin America, and participating in the Global Innovation Fellowship Program.

A critical care nurse by training, Mrs. Stephenson holds a BSN degree from Northwestern State University and MBA from The Darden School of Business at University of Virginia. Mrs. Stephenson received numerous awards, including the President’s Club Award, Regional Sales Manager of the Year (New York Area), a Patent Award, and the Faculty Award.

Mr. Chaudoir brings to BioSig over 20 years of medical technology experience, including over 15 years in electrophysiology. Most recently, Mr. Chaudoir served as WW Senior Global Strategic Marketing Director at DePuy Synthes (a Johnson & Johnson company), a role, during which he led strategic competitive assessments in the sector of spinal enabling technologies and established a multi-generation technology roadmap and execution plan. Prior to it, Mr. Chaudoir spent 17 years at Biosense Webster in the U.S., France and Belgium. During this time, he progressed from the field clinical support roles to Atrial Fibrillation Specialist to Regional Business Director and successfully led the company’s operations in Northern and Southern California. One of the highlights of Mr. Chaudoir’s career include a successful global launch of CARTOÒ3 Navigation System. Mr. Chaudoir’s contributions to this product launch include development of innovative commercial marketing programs to enable customer acceptance for the US, Japanese and Chinese electrophysiology markets. Mr. Chaudoir is a holder of a Marketing Mastery Award (FUSE JNJ MD&D Global Surgery). He graduated from Pole Academique de Bruxelles (Belgium) school with the BSc degree in Biomedical Electronics Engineering and University of Sussex in the UK with a MSc degree in Digital Electronics and Parallel Processing Systems. Mr. Chaudoir completed The Berkeley Executive Leadership Program and is bilingual in French and English. 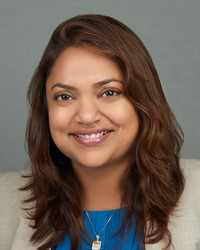 Ms. Patwardhan brings to BioSig over 18 years of program management and product development experience with several Fortune 500 companies in the medical technology, pharma and healthcare verticals. A biomedical engineer by training, Ms. Patwardhan’s core competencies span manufacturing and vendor management, systems engineering, cross-functional team leadership and process improvements. Most recently, Ms. Patwardhan was in a technical program management role at Verily Life Sciences, LLC, an Alphabet, Inc. company, a role, in which she led hardware development for a class III therapy technology program as well as supply-chain and vendor management. Prior to that, Ms. Patwardhan was employed by Boston Scientific - Neuromodulation, where she was responsible for delivering a range of technology and product development programs, including commercially launched products in the Spinal Cord Stimulation portfolio as well as a connected health eco system. Earlier in her career Ms. Patwardhan was with Medtronic Diabetes, where she led product development efforts for class II therapy, diagnostic and combination products. Her work involved the delivery of engineering solutions from cross-functional teams comprising human factors, marketing, industrial design, hardware and software design and third-party vendors. Ms. Patwardhan holds a Master of Science in Biomedical Engineering from the University of Southern California Los Angeles and Bachelor of Engineering, Chemical Engineering from University of Pune, India. 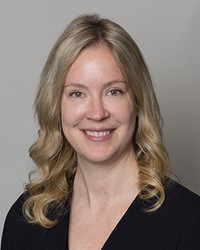 Director of Business Development and Investments

Prior to joining the Company, Ms. Gentling served as Investment Officer at Mayo Clinic, a role, in which she managed key components of Mayo Clinic’s investment portfolio, overseeing external manager relationships in absolute return core credit hedge fund strategies, fixed income, and real estate private equity, as well as conducting comprehensive due diligence on potential new investments in both public and private markets. Prior to that role Ms. Gentling managed investor communications and marketing activities at Connecticut based Discerene Group, during which time AUM increased by over $700 million. During the course of her career Ms. Gentling conducted extensive research for emerging value-oriented hedge funds and generated investment recommendations by building and maintaining earnings, valuation models and financial projections. Ms. Gentling holds an MBA in Finance and Management from Columbia Business School and a BA in English and Music from Middlebury College.